Note: This game design is free for anyone to use (read why here) but it would be nice to be compensated if you use it to make a game. Such as company equity, royalty or at very least designer credit in the game credits.

This happens to be a game design I would really like to make so if you want a partner to help with design, feedback and fundraising kindly email me.

So this morning I had an idea for a game that puts a small twist on the time traveling trope and recorded it. Here it is, give it a listen give feedback, bounce ideas I appreciate it!
https://soundcloud.com/bud-leiser/time-travel-mech-action-rpg-zeldalike

If anyone wants to make a Zelda-like top down action RPG hit me up. Would love to help! 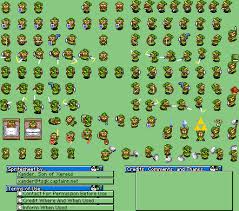 DUNGEONS
Player explores a dungeon related to the events leading up the apocalypse as he searches for clues or information that lead him to the next dungeon. Dungeons are interconnected square rooms filled with monsters, breakables, obstacles, loot, and simple puzzles.

Layout of dungeon is procedurally generated which leads to higher replayability. Templates can be used to create a series of sets for the generator to choose from, obstacle layouts, spawn points, spawn randomization set lists.

BUTTONS
Gameplay buttons should be limited to 9 maximum so game can be played via keyboard and mouse or gamepad. Game will differentiate between fast press (fire on release) and long hold for powerful charge attack, may include dash, spin or other movement as part of attack. (again fire on release).

Players like it when Enemies follow predictable patterns, giving them a sense of skill mastery as they avoid attacks and slay enemies with ease.

Good tension comes when threats are layered on top of each other creating a complex web of dangers and then diminish as the player kills off enemies. Giving an Ahh so satisfaction feeling when you can finally breathe again. So it’s important to have a variety of enemies with varying attack patterns, sizes and walk routes.

Small enemies typically are easier to kill with few hp and do little damage, but their small size combined with speed make them a nuisance
Medium enemies (same size as PC) are mid tier threats
Large enemies are usually well armored, harder to kill but balanced by being slow or predictable (signaling before charging)

It’s important for enemies to follow player expected behaviors. If a smart animal such as person or bird, movement patterns should be more complex. This also leads to additional animations needed such as, unaware walking, becoming aware animation, wind up, sprint.

If environment threat or low intelligence like boulders, golems, etc their movement patterns should be simplistic. Often just moving back and forth or bouncing off walls.

ENVIRONMENT THREATS
Similar to Enemies but typically defined as no AI and often unkillable. Sometimes environment threats can be neutralized with opposing energy types, ice vs fire etc.

STATUS EFFECTS
Damage isnt the only way we should use to build tension, we should also think of what kind of status effects we want to inflict on the PC and for the PC to inflict on Enemies.

VISUAL EFFECTS
Animations, characters are expensive to create but we can also get a lot of mileage and feeling from good visual effects.

AUDIO
Audio is a vital component to creating emotion for players. While sound tracks and sound effects can be purchased from 3rd party websites or outsourced, it’s important to bring on a dedicated audio engineer to tweak those assets to maximize their emotional impact.

Music sets the tone, crunchy hit impacts and weapon explosions raise the excitement, pulsating warning sounds and music tempo increase raise the tension to a crescendo then clearing the stage of enemies and sliding off to a calm melody releases that tension for that all too addicting gameplay of tense & release.

OPTIONAL
Each feature, character, *thing* we add to the game increases our workload, so we should strive for quality over quantity. But here are some things that might be worth adding to the game

MVP
To keep development time and costs as low possible development should focus on creating 1 interesting room with full functionality and polished graphics.

This vertical slice of the game would accomplish 2 things

THE HOOK
So far we have a fairly straight action RPG that still need a real hook to drive players excitement and anticipation up and into buying it.

Moonlighters hook was that the game would combine shop simulators with dungeon looting. The player needed to fill his store with loot, decorate it, set prices and manager the store during the day before going out and collecting loot at night. It turns out the store feature of that game was very simplistic and felt tacked on, we could attempt a better version of this where the player really has to craft supplies into items and sell the made items and make choices (such as predicting what items people will want) rather than throw raw ingredients on the shelf and watch everyone buy everything. NPCs don’t even care about the quantity of the item on the shelf if you put out 10 in 1 pile they just buy all 10, put 1 and they just buy 1 they buy anything as long as the price is within a certain acceptable range.

CRAFTING
Crafting – Raw goods dropped by enemies, found in breakables and chests can be combined into new weapons, consumable power ups, weapon upgrades, or recycled into ‘scrap’ or energy (basically its a currency), a common resource needed for all crafting. ie to craft a laser rifle upgrade player would need 2 tesla coils, 4 quartz lens and 15000 scrap/energy/goo/whatever

If crafting is going to be a direct path, a one and done for the player to just upgrade his next gun/sword etc to the next improvement then the cost to craft the next more powerful item should be clear yet hard to gather. And the power creep between upgrades should be significant, the player should really feel more powerful and rewarded for investing so much resources to unlock that upgrade.

If on the other hand there is going to be a myriad variety of items to craft, then raw goods should be plentiful and item requirements should low making it easy to craft lots of items… but new items should be locked and secret until a recipe is found to craft it. This is done to prevent the player powering up too quickly.

NOTE: This decision needs to be made before designing out the crafting tree can continue.

For our game if crafting weapons and upgrades is going to be a main feature then this could really be driven home by going deep with the options and possibilities. Players could craft a huge variety of weapons, and those weapons could have randomized stats on creation.

So for example if a player crafted a sword once it might be pretty standard, craft the same sword again and that new sword could have Sheen giving it +10% crit chance, and random base damage might be higher or lower.

By mixing and matching this randomized attributes and specials on each craft the player is encouraged to craft lots of items. As the player gets used to this feature it will become a fun and exciting core loop for them to search out raw materials, craft an item and feel the anticipation of being rewarded with a more powerful and never seen before combination of abilities. This a very slot machine jackpot kind of feeling!

To follow this up weapons could have durability and break down over time forcing the player to craft and equip new weapons regularly. There is a trade off here as it lowers a player attachment to powerful weapons or causes them save their most powerful weapons thus not enjoying them regularly. We should consider this carefully before coming to a concrete decisions and be ready to test and retract if necessary.

We should definitely further encourage the player to craft by giving them more scrap (currency) when they recycle a completed weapon vs recycling raw goods.

So if the total of raw goods would generate 100 Scrap, combining those same raw goods into an item and then recycling the item should give them 150-200 scrap. A clear and large difference. Doing this nets them more scrap and also showcases the randomized weapon attributes feature.

TIME TRAVEL
Another hook and more thematic if the game stays time travel based is to create abilities, puzzles and plots that revolve around manipulating time.

For example we change 1 of the buttons to Rewind, which would use up an energy bar and rewind the action that just took place undoing damage, resetting enemies etc. Giving the player a way to escape damage/death. We could even make it automatic if they die that if they have enough energy bar left it would automatically try to rewind time so they didnt die. Turn this into a roguelike game and that could be a lot of fun and good tension. Each time they auto rewind their energy bar could shrink. When they finally die and can’t rewind, they have to start the game all over again!

Additionally there could be time traveling puzzles to solve. Like walking into a room where a doorway freezes with ice. But by walking over to it and rewinding the environment the player can dash through it before it freezes.

Pushing a button causes a door to open, but also releases a trap so the player rewinds time from inside the doorway.

A lot of possibility space here, but could be hard to work in if the games dungeon is procedurally generated.

FUNDRAISING
Our MVP is all about showcasing the FEELING people will get seeing and playing our game. It showcases our ability to create a marketable product that people will want to buy, which is all about generate an emotional reaction.

If they want it and want to see more then our MVP is ready! To that end details like story, plot, etc are not as critical. Whereas having good visuals, audio, controls and combat interaction is vital!

Once we have nailed down our MVP and HOOK we can accurately create a budget, pitch deck and begin marketing for seed investors. After we secure our seed investment we should have enough cash to build out a full demo of the game to take to Publishers, VC and/or run a full crowdfunding campaign giving us the money we need to finish and market the game.